Can’t afford a donation to help out a charity? How about a book?

55 fictional pieces for less than $4

‘She was just eating her meal when she smelled a male wolf nearby – not one of her own. She watched him warily as he came slowly toward the three pups that were out the enclosure again.’ Lost Mate, Terry Spear – US Today Bestseller

Featuring poems, stories and haiku with the theme of wolves and the truth as each author perceives it.

Discover wolves in a sci-fi setting, followed by in character views of wolves in their natural settings and in conflict with humans. 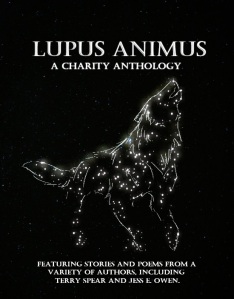